Home / All / Education / FAQ on Owning Suppressors in the USA 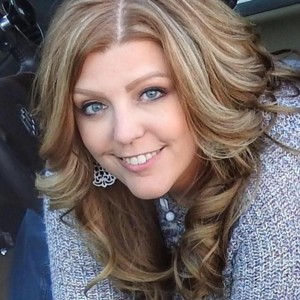 Ashlee Lundvall lists commonly asked questions by people pertaining to owning suppressors in the USA. She also delves into what’s happening with legislation surrounding silencers by talking to a spokesperson from the American Suppressor Association.

When Russ and I had our daughter in 2010, it became a wakeup call to us about preparation for the future. Before we had a child, it seemed perfectly acceptable to put off some adult responsibilities, because we were young and had plenty of time to deal with all of it later. Once we assumed responsibility for another human life, our perspectives changed drastically. We called an attorney, spent the time and money to discuss our wishes and make the hard decisions, and now we rest a little easier knowing that part of our parenting journey has been secured. It wasn’t a quick process, but we were committed to ensuring that it was dealt with in a legal manner. We learned a lot, and now we can encourage other couples to consider taking similar steps for their children.

One specific item that made us pause and think was passing down our firearms to our daughter when she can legally own them. As a part of that inventory, I have several SilencerCo suppressors. While some may think that once they obtain a tax stamp and get their hands on a suppressor that it can stay in the family, that isn’t always the case. Fortunately, the SilencerCo website is full of helpful information regarding cans. Here are some of the most commonly asked questions from people who want to own suppressors:

How do I purchase a suppressor?

Can I pass down my suppressor?

Yes, you can put your suppressors and any other NFA item in a will. If you dont have a will, the person who takes over your estate can inherit them or pass them along to the correct person. Whether you go through a trust or individual, passing down your suppressors is the same. The receiver will need to fill out a form 5 to transfer ownership.

Can I hunt with my suppressor?

For a list of states where hunting with a suppressor is legal, look here.

The battle for suppressor rights is definitely a group effort, and it is being led by the American Suppressor Association (ASA). Founded in 2011, the ASA’s mission is singular: to fight for pro-suppressor reform nationwide. The organization has accomplished this through educating, testifying and lobbying about suppressors, especially in regard to benefits for hunting and shooting. Because of the ASA’s efforts and diligence, silencers are now legal for individual ownership in 42 states. Partners, such as SilencerCo, work with the ASA to bring awareness and truth about suppressors and what it means to own them.

I spoke with Owen Miller, Director of Outreach for the ASA, about several questions that commonly arise regarding owning suppressors in the USA.

Can I travel with my suppressor?

Miller said that traveling with a suppressor is actually very straightforward. If you are going to one of the 42 states that currently allow individual ownership for suppressors, and you legally own your suppressor, you are fine for travel. There is no additional paperwork required from the Bureau of Alcohol, Tobacco, Firearms and Explosives (ATF). While the ATF will accept Form 5320.20 for travel with your suppressor, if you delve into the language of the regulation, it specifically deals with the transport of “any destructive device, machine gun, short-barreled shotgun or short-barreled rifle,” but not suppressors.

Obviously, 2021 has already seen a dramatic shift in the political climate. What does this mean for suppressor ownership and current legislation?

Miller explained that the Hearing Protection Act (HPA, H.R. 95), originally introduced in 2015, was reintroduced by Rep. Jeff Duncan (R-SC-03), on Jan. 4, 2021, the first day of the 117th Congress. He said the bill’s primary focus is to remove suppressors from the National Firearms Act (NFA). If this happens, it would make it easier for law-abiding hunters and sportsmen to protect their hearing while at the range or in the field. Rep. Duncan’s legislation also includes several technical amendments that would further clean up existing statutes regarding suppressors.

While many may feel that the passing of such a bill in a Democrat-controlled government is highly unlikely, its reintroduction is important for several reasons.

What can gun and suppressor owners do to support the ASA and our rights?

Miller pointed out that although it sounds cliché, the most important thing for suppressor owners to do is to contact their legislators. The more support that our Congress members hear about a topic, the more likely they are to become champions of it. With all of the issues surrounding COVID-19, the ASA has been limited on its travel opportunities. Therefore, it’s important for constituents to lay the groundwork with their local representatives. Often, this makes  them more likely to be receptive to the ASA talking to them about the HPA.

Another way to help is to support organizations defending your Second Amendment rights, whether local or national. If you are interested in becoming a member of the ASA, click here for more information.

“Any support you can give keeps us fighting,” Owen said. “The ASA is not going to roll over and let the next administration steamroll gun owners, but we need your help as well.”

More on Owning Suppressors in the USA

Remember, it’s OK to own a suppressor, as long as you are legally allowed to own one based on where you live.

Check here to see if silencer ownership is legal in your state.

I encourage you to download SilencerCo’s Easy Guide Packet to walk you through each step of purchasing a silencer. If you have more questions about suppressors, be sure to check out the American Suppressor Association.

Ashlee Lundvall writes a blog titled "Redefining Life," that follows her rise from a debilitating injury as a teenager to Ms. Wheelchair USA in 2013. Her first book, A Redefined Life, was released in February of 2016, and she was recently invited to join the National Pro Staff for Mossy Oak and the NRA’s Disabled Shooting Sports committee, and is on the President's Council for Sports, Fitness & Nutrition. Ashlee also is the recipient of the 2017 SCI Foundation Pathfinder Award. Ashlee truly shines as a keynote speaker at outdoor industry and disability related events and conferences. She is passionate about mentoring newly injured patients, and loves to pass on her love for adapted outdoor recreation! Presently, she is designing and building a fully-adaptive home for herself and her family in the mountains of Wyoming, where she hopes to raise chickens in her spare time.
ALL POSTS

Larry Case explains why squirrel hunting with a suppressor is cool.

Kenn Blanchard explains why you might want to consider home defense with a suppressor for your set up, especially with the Omega 300.