If you aren’t sure what the SilencerCo ASR system is, take a few minutes and read through some of the information on the website at https://silencerco.com/shop/ regarding the ASR mount, flash hider, muzzle brakes and blast shield. I don’t have enough space in this column to address all the ASR accessories available from SilencerCo, because I want to get right to the point. The website doesn’t really explain how to mount an ASR muzzle device on your gun. So, with me being the gear head of the family, it was up to me to figure-out how to mount the device (my wife actually received two of them, so I got to do this twice).

The answer requires a little backstory. As you are probably aware, many AR-type firearms have barrels threaded to interface with muzzle accessories (flash hiders, brakes, suppressors, etc.). One simply matches the diameter of the threaded portion of the barrel and its thread pitch to the corresponding mating portion of the muzzle device, and then screws the device onto the muzzle. This is called directly mounting the device to the gun.

Unfortunately, unless the shooter takes special measures with muzzle accessories once they are screwed onto the barrel, they tend to loosen. A loose muzzle accessory is bad news; at the least, it will constantly change the barrel harmonics as it continues to unscrew itself, causing shot accuracy to go out the window. At the worst, the loose accessory may deflect enough to cause a bullet to strike the device, damaging it and possibly the firearm. If you shoot a directly mounted suppressor, you likely have to periodically check to make sure it is still tight. Bring your oven mitt, because the suppressor heats up in a hurry after a few shots!

Crush Washers and Other Retention Devices

Other retention methods include relatively permanent pinned-in-place muzzle devices, and the use of special high-temperature resistant threadlocker “glue” (the brand SilencerCo sends with the devices is Rocksett) the threads between the barrel and the muzzle accessory.

All of these work fine for flash hiders or muzzle brakes, but when you want to take your suppressor off for transport or to move it to a different firearm, a better solution is needed.

As it happens, the ASR system makes securing and removing a suppressor fast and easy.

One of the great things about the SilencerCo ASR system is that the company designed their suppressors so they easily work together with SilencerCo’s ASR muzzle devices. All the customer has to do is to look for the ASR-designated muzzle devices and their corresponding suppressors when making a suppressor selection.

How to Take It Off

I’m going to explain how I removed the A2-style flash hider from an AR pistol and then installed an ASR flash hider. Because my pistol is older and the flash hider had never been removed, I was unable to merely put a wrench to it and unscrew it. To remove it required some tools that I have on hand from other gunsmithing projects, so if your flash hider won’t unscrew without damaging the gun, and you don’t have the tools (or if you want a good excuse to acquire them!) your local gunsmith should be able to do the job for you. My flash hider was not pinned in place, and the barrel manufacturer did not use high-temperature threadlocker to install the flash hider (more on this, below), but it was really torqued down. Here are the tools you’ll need if you decide to remove it yourself, and simply holding the gun and using a wrench on the flash hider won’t work:

Here are the tools you’ll need:

What if the builder of your gun installed the flash hider with pins or threadlocker? Unless you are a gunsmith, you’ll need the services of one to remove a pinned flash hider. You’ll also have to be careful if the builder pinned the flash hider in order to avoid the ATF’s interpretation of the NFA regarding short barreled rifles; don’t remove a pinned device if the removal will shorten the gun enough to convert it to whatever the ATF’s current idea of an NFA weapon may be.

The other typical method used by manufacturers is to use high-temperature or semi-permanent threadlocker. To remove those threadlockers, immerse the muzzle end of the barrel with the muzzle device installed in a pan of boiling water for 10 minutes. While the device is still hot, use a wrench to unscrew the device.

The first photo shows the muzzle end of the pistol I worked on, with its A2-style flash hider and Belleville washer intact. It also shows the SilencerCo ASR flash hider I intended to install on the gun.

Photo #2 is of the barrel vise and insert (correctly sized for the barrel diameter) I used to hold the AR barrel while I was working on it.

The third photo shows how I mounted the barrel vise in my 8-inch mechanic’s vise.

This photo shows the AR upper receiver in place in the barrel vise; I also used a little rosin between the barrel and the vice’s wooden insert to improve the “grab” on the barrel to keep it from rotating, but you may not need it.

Why Do It This Way?

Why go to all this trouble? Why not just stick the AR receiver/magazine well assembly, or the barrel itself in the mechanic’s vise, to hold the upper assembly? Well, let me count the ways you will damage the gun if you do either of these.

The only way this might work is to clamp the barrel horizontally between the jaws of the vice. A mechanic’s vise, however, creates massive clamping power, but not necessarily in a uniform fashion as the jaws don’t stay parallel to each other when the item being clamped doesn’t have flat, parallel faces.

Clamping a round barrel, even with some sort of “soft” insert to protect the barrel finish, will not create even pressure on the barrel. In fact, it will rotate in the jaws as you try to unscrew or to torque down the muzzle device. In addition, on a pistol like the one I was ’smithing, the gas block is so close to the muzzle that there is little room available between the block and the muzzle threads for clamping the barrel.

Bottom line – use a purpose-built barrel vise for this job.

Then, as you can see from the next photo, I unscrewed the flash hider and removed it and the crush washer between it and the barrel muzzle shoulder.

At this point, I checked that the barrel shoulder was machined square with the barrel, because an unsquared shoulder will keep the ASR muzzle device from securely seating when you thread the device onto the muzzle. As you can imagine, this results in a device that will loosen during vibration, as it requires proper seating plus the threadlocker to keep the muzzle device tight on the threads. I haven’t seen it on any of my guns, but I have heard of poorly machined shoulders. The machinist might get away with it because it doesn’t affect the performance of flash hiders or short muzzle brakes with their larger-than-caliber bores.

Next, I thoroughly cleaned the muzzle threads and the ASR flash hider threads with a degreaser, clean rags, cotton swabs and an old, clean toothbrush. Skipping this step risks causing the threadlocker to fail, defeating one of the purposes of installing an ASR device in the first place. If you use a flammable solvent as the degreaser, be careful to work in a well-ventilated area with no “naked flames” as the Brits say. No smoking! Dispose of the now-dirty cleaning materials properly.

I applied the threadlocker per the manufacturer’s directions, threaded the flash hider onto the barrel threads and torqued it to 25 ft-lbs (SilencerCo recommends 20 to 30 ft-lbs). Then, I heated the parts per the Rocksett instructions.

After allowing the assembly to cool, I carefully cleaned-off the tiny bit of excess threadlocker that had oozed out of the threads; you can see it in the above photo. Since the threadlocker didn’t reach full cure until 24 hours later, the boss waited until the next day to use it with her Saker ASR 556.

I think the gun came out looking good!

Jason Baird is a retired Air Force B-52 navigator and “rocket scientist” and also, a retired professor of mining and explosives engineering. He owns and operates Loki Incorporated, a successful small business participating in a wide range of energetic materials and ballistic resistance topics and performing test and expert witness services. As a hobby, he enjoys building useful stuff out of wood and steel. He also runs a brush hog on his own property, and enjoys using a wide variety of power tools. Oh, and he’s known as “Dr. Bomb,” or “the Bomb,” to friends.
ALL POSTS 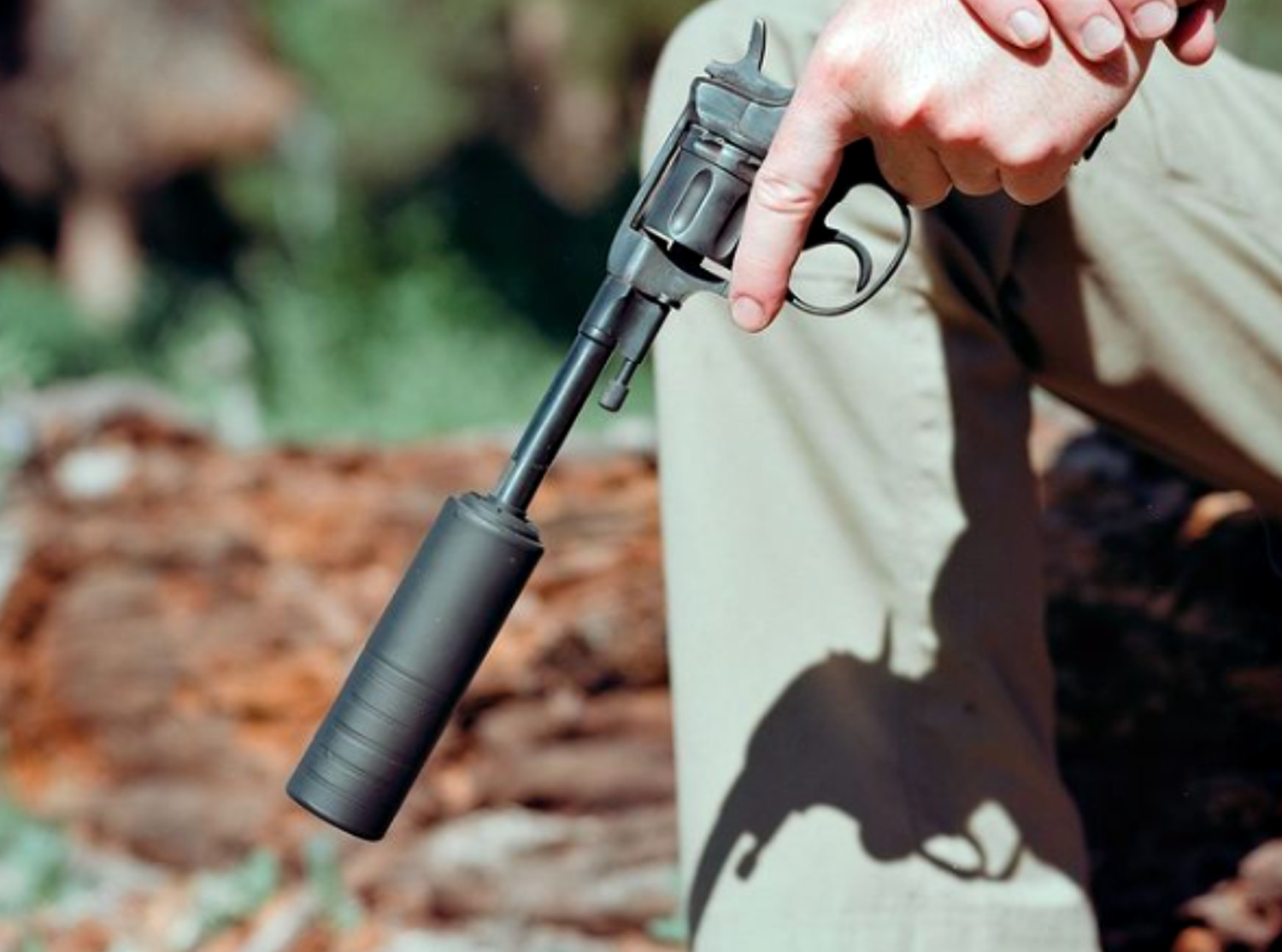 The Nagant M1895 Revolver: Way Cooler than You Think 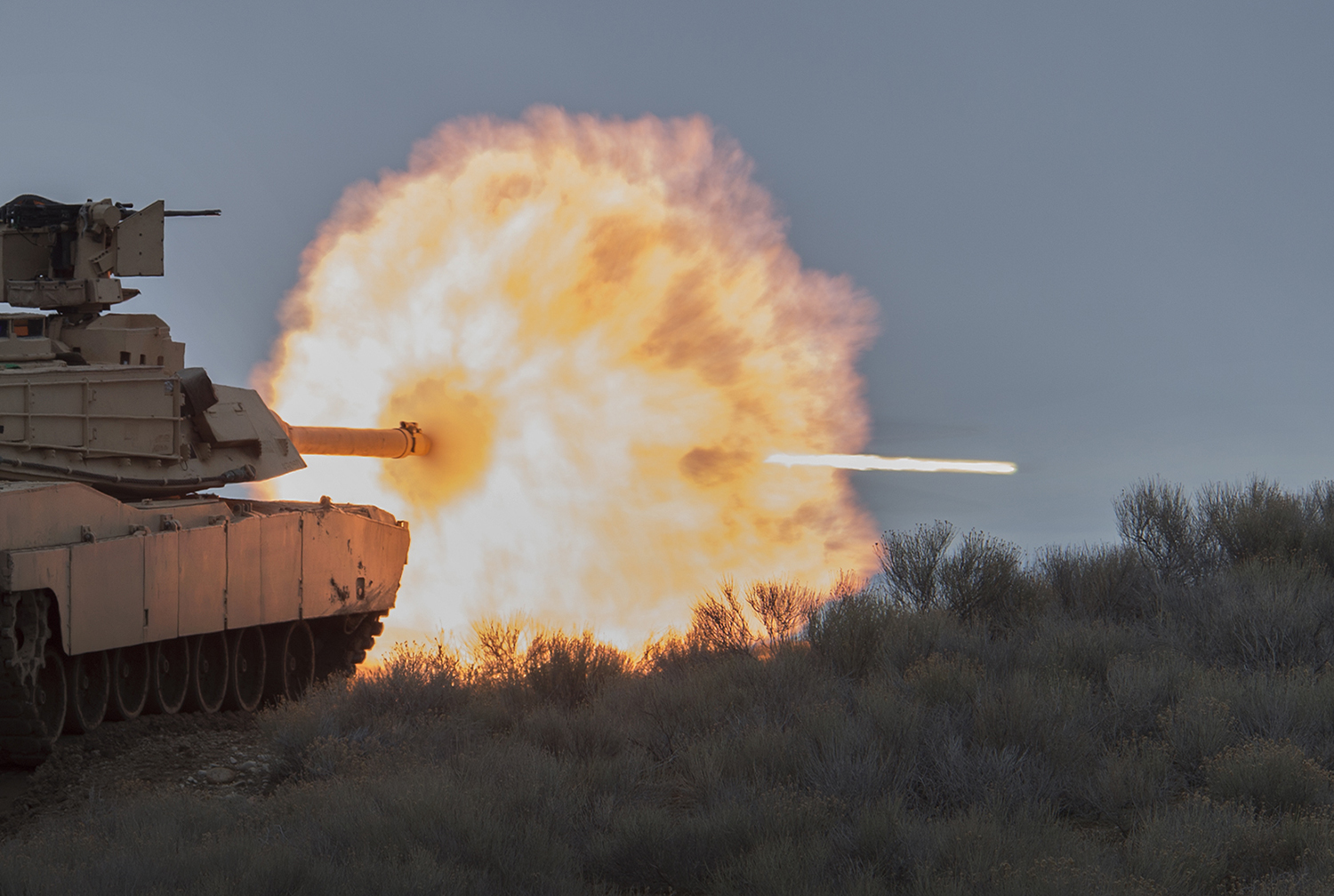 Tank Silencer: the Can We Wish Was Really a Thing

The development of a supporessor for the M109G 155mm self-propelled Howitzer does beg the question, is a tank silencer possible?