Home / All / Education / Home Defense with a Suppressor 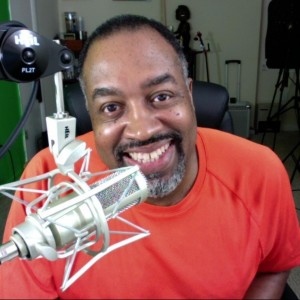 With the increase of American ownership of modern sporting rifles and carbines, the addition of a suppressor for home defense is a must. Although it may make you think you are imitating a dynamic entry team or SWAT by doing so, it is both wise and responsible. Look into acquiring a suppressor such as the Omega 300 for your modern sporting rifle. The Omega is one of the lightest, shortest, quietest, full-auto rated titanium 300 caliber (7.62mm) centerfire rifle silencers on the market.

Why You Should Consider Home Defense with a Suppressor

While some gun gurus will argue that an AR-15 semi-automatic rifle or a legal AK clone is too much, the best gun to have in an emergency is the one you own, and with which you are familiar. Use the rifle you had fun with at the range. Use the same rifle you spent time with as a veteran. If you get into a gunfight while defending your home, save your ears, too. Without a suppressor or hearing protection of some sort, your ears will likely sustain permanent damage. Sound waves rebound in the close confines of homes, sending them directly back and onto your eardrums. Even one shot in a home or car could mean permanent hearing loss. Also, after that one shot, you probably won’t have the acute hearing abilities that will allow you to ascertain where people are located any longer.

Crime is on the rise and home invasions and robberies are, too. It’s more than porch pirates. The increase of poverty, hopelessness and lawlessness is reported daily. A home invasion is an act or instance of entering an occupied residence with the intent to commit a crime. According to statistics, in about 28% of these crimes, a household member was present during the burglary. In 7% of all household burglaries, a household member experienced some form of violent victimization. Victims may suffer serious physical injury or even death.

Using your rifle effectively requires practice. You will be point shooting. It is the most natural and time-tested method taught by professionals. Navigating with a long gun in your home takes practice and a plan. You want to know where you can shoot safely and not harm others and the best places to stop your attackers.

One way to control your fear of home defense is by practicing “dry-fire” walk-throughs of your home. You know your home better than the intruder does, especially in the dark or low light. Use that to your advantage. Here are some suggested drills to practice.

Nobody wants this scenario to happen, but if you are forced into it, do it with speed, accuracy and control. While you are not a SWAT or a dynamic entry member, you can control the entry points and make your own “fatal funnel.” A fatal funnel is the cone-shaped path leading from the entry to a position where the criminal is most vulnerable to you.

Use live fire (if possible, at a range with an instructor or safety officer) to practice moving and shooting your rifle, handling a malfunction, using your non-dominant hand to manipulate things, i.e. pick up keys, grab a doll, toys, etc. Train to use your ears to locate a threat and practice shooting with both eyes open.

Back in the House

In my opinion, a carbine may actually be better for most urban dwellers for defense due to size and caliber. The Omega 300 suppressor can be used on most rifles or carbines you have. It will add about six inches of length to your barrel, so your close quarter, battle-like action must be rehearsed. Again, learn how not to telegraph your intentions. That means walking carefully around the corners and rooms of your home with an unloaded and safe weapon. It also means preparing yourself for different situations, such as no light or backlighting. Make sure you know the sounds of your pets over the sounds of the “uninvited.”

Are You Ready to Own a Suppressor?

Remember, it’s OK to own a suppressor. Just be sure you are legally allowed to own one based on where you live. It is currently legal to own a silencer in 42 states.

Check here to see if silencer ownership is legal in your state.

I encourage you to download SilencerCo’s Easy Guide Packet to walk you through each step of purchasing a silencer. If you have more questions about suppressors, be sure to check out the American Suppressor Association.

Kenn Blanchard is a voice actor, podcaster and the author of the book, and web properties called “Black Man With a Gun.” He’s been advocating for the right to keep and bear arms since 1991, masterfully helping, teaching and preaching in African and Hispanic American urban markets. Podcasting has been his thing since 2007, and he has produced 15 shows for last count, more than 1100 episodes. Kenn is an ordained Baptist pastor and a US Marine Corps veteran. He also lists former federal police experience and time on the job as a CIA analyst. Ken is a lifelong motorcycle enthusiast and blues guitarist, and he knows how to dress to carry concealed in South American countries.
ALL POSTS