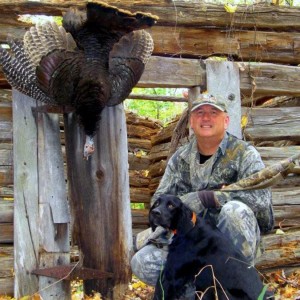 During this summer and early fall while varmint hunting, I’ve been able to shoot some pretty spiffy rifles. What is new for me, however, is that I have stepped into the world of hunting with suppressors. Using a suppressor on a hunting rifle has intrigued me for a long time, and finally I am here. I have two SilencerCo suppressors – the Harvester 300 and the Omega 300 – and they are mounted, respectively, on a Mossberg Patriot Predator 6.5 Creedmor and a Remington 5R in .223. I am a hunter. I was raised as a hunter and I’ll always be a hunter. My father took me hunting when I was small, and I never looked back. Not once in my life did I ever consider not being a hunter. Hunting is just what we did. It started with plinking bumblebees and other insects with a BB gun and moved on to English sparrows and starlings with a pellet rifle (Dad had a strict rule about not shooting songbirds). Then came the day of days when I could take my first squirrel. Deer, ducks and turkeys came later.

It’s that time in the Appalachians, summer is sliding into fall. I sit with my back against an ancient oak log on the edge of an overgrown field and watch. I am hunting with suppressors, even though the real hunting seasons haven’t started yet. In my neck of the woods, summer and early fall usually mean one thing for the hunter – varmints. Varmints in my neck of the woods mean groundhogs (woodchucks), crows and coyotes.

I tough it out through the hot days of August. There is not much you can do during the heat of the day. Late in the evening, it cools down enough to sit and watch a limestone pasture field for woodchucks and maybe a chance at a crow or two. Crows that land in a field and a walk around are a real challenge to the rifleman. The actual target area is very small and a crow is rarely standing still. Numbers run through the cobwebs of my brain as I glass the area before me and figure 200 yards may be my limit on Mr. Crow.

Early September comes and there is some change. Fall is not here yet, but it has cooled down, so I sneak around the slope of a brushed-up pasture and tuck into a hiding place. From here, I can watch a wide valley before me: open fields, woodlots and brushy fence rows. It’s woodchuck country and there is always the chance of getting a shot on crows; I might even see a coyote.

Bo appreciates the suppressor, too.

Watching the landscape before me, I realize a sudden calm has come over me. A weight seems to have been lifted, I begin to comprehend that I am enjoying sitting here on this peaceful evening. What brought this on, I begin to wonder. Then it kind of hits me, I am hunting. I am hiding and waiting in ambush, I am watching for the quarry, I am hunting. It’s remarkable to me, but I definitely feel a sense of well being. Maybe I need to do more of this?

Woodchucks, groundhogs, whichever name you prefer, the staple for the eastern varmint hunter has always been the groundhog. Punxsutawney Phil aside, the groundhog is usually considered a pest in these parts. Farmers loathe these rodents as they dig holes in hay meadows, pastures and around outbuildings. They are ferocious diggers and there have been studies that suggest a groundhog may move two tons of dirt in digging one burrow. If a cow steps in a burrow and breaks its leg, its owner is definitely not in the groundhog fan club.

Strangely, in recent years, groundhog populations have plummeted. Farms that once teamed with them now seem to have very few. This is over a wide area of southern West Virginia and Virginia, and every farmer you ask about this issue says the same thing. “The coyotes got them.” I’m not sure about this and coyotes get blamed for a lot in this area. The fact remains that groundhogs are scarce.

I didn’t think crows had any fans until I wrote this idea in a newspaper article recently and got blessed-out by some people via email. Having said that, most farmers in the area don’t have much sympathy for crows. Cornfields are a big target for crows – both when corn is in the sprouting stage and later, when ears are on the stalks. Crows are major predators of songbird nests and ground nesting birds, like turkeys and grouse. For all of these reasons, I don’t have a problem taking out the occasional crow, even though they are not easy.

The eastern coyote is something of a mystery. While they are found in every state east of the Big Muddy, most people consider them “new” to this area. Many hunters blame them for everything – from low turkey and deer numbers to a downturn in the stock market.

The coyote is intelligent, highly adaptable and has survival instincts that are off the chart. They will eat almost anything, and farmers and landowners usually have no problem giving you permission to coyote hunt. The eastern version of the coyote can get big and seems to be a different animal than the western dog. Sometimes they will respond to predator calls, and sometimes not. I am in no way an expert here and have called in more coyotes while turkey calling than when rabbit squealing. Nevertheless, they are here and probably always will be, so we hunt them.

A New Era: Hunting with Suppressors

Even though I am a novice regarding hunting with suppressors, I have no ambitions to see the Hollywood version of what a “silencer” is supposed to do. The big boom most of us associate with a high-powered rifle is caused by the escaping gases from the propellant (the gunpowder) rushing out of the barrel. A suppressor slows this down with a series of baffles so that these gases do not escape all at once. This greatly reduces the sound of the rifle’s report. What a suppressor will not do is lessen the noise of the supersonic crack of a rifle bullet as it breaks the speed of sound. To do this, we must shoot subsonic ammo (less than 1100 fps at sea level). I won’t be shooting any subsonic ammo for this project, but stay tuned, there’ll be more on this subject in future columns.

While the crack of the rifle bullet going supersonic is generally not considered dangerous to hearing, since it happens down range of the shooter, it is still loud. So again, you won’t see the Hollywood version of the hitman with a silencer.

Reasons for Hunting with Suppressors

So this begs the question, why would you hunt with a suppressor? I am so glad you asked!
Answer: Less noise, less recoil, more accuracy, happy shooters.

I spent 36 years as a DNR law enforcement officer in West Virginia, including being a firearms training officer for pistols, rifles and shotguns. Like many firearms instructors, I often saw the effects of recoil and noise with students. Try as we might not to show it, the human animal is affected by the jarring push of a rifle or shotgun against the shoulder and the jump of a handgun upon firing. I have stood and watched it on the range: a new shooter already appears psyched out before picking up a gun. The first thing they ask when handed the weapon: “Is it going to kick?”

A suppressor will lessen the felt recoil, the pressure of the gun coming straight back against the shoulder, by countering some of the escaping gases coming out of the barrel. Less noise due to the report of the rifle will equate to a better shooting experience for new shooters or an experienced one. As I have seen time and again when shooters are no longer afraid of firearms, shooting proficiency increases. Now they can follow the fundamentals they have been taught and they will simply be more accurate with the rifle.

Whether we like it or not, for many of us our hunting and shooting world is getting smaller. There are areas where we still hunt, but the proximity of houses and businesses make loud gunfire undesirable. As a law enforcement officer, I dealt with the common complaint of hunters shooting around residences. Shooting and hunting may be perfectly legal where they are shooting, but the neighbors just didn’t want to hear the noise.

Using a suppressor might lessen the noise to a level that neighbors won’t complain. Here’s something else: many towns now have urban deer hunts close to dwellings. Hunting with suppressors will keep things on a good level with surrounding residents and allow you to hunt and take deer from overpopulated areas.

If you ask older, experienced shooters and hunters about suppressors, the first thing they may say is “Huh?” Hearing loss is a fact of life for many of us, and using a suppressor will definitely help with this problem. The Occupational Safety and Health Administration reports that the level of sound that is safe for human hearing is 140 decibels (dB). Depending on the load and the firearm, the average dB for a .308 is about 160. Most suppressors will reduce a .308’s dB level by at least 30, giving you a dB level well below OSHA’s standards.

I maintain that most of us have forgotten a basic truth about hunting and shooting. It is supposed to be fun. If we are not having fun and enjoying these activities, then what are we doing out there? If a suppressor provides less recoil and less noise, it makes the shooter more accurate, making the whole experience more fun. Using a suppressor for hunting will give you more hunting opportunities – as in more places you can go. If you think about it, there aren’t any reasons not to be hunting with suppressors.

Back in the Field

As the sun drops behind the ridge it gets cooler. I think about the fleece jacket that I left in the truck. I try to stay on task and keep glassing around the fence rows and large round hay bales out there, several hundred yards away. Right on cue, a pack of coyotes opens up on the opposite ridge. We have played this game before and I know if I answer with coyote howls, they will respond but come no closer. I decide to just sit and watch. A huge moon peeks over the ridge and provides an almost postcard setting. Summer is over and it won’t be long before I can do this on a deer stand, but for now, this is perfect.

Soon, I will leave this place, but I don’t want to. I bask in the glow of the big moon and the peace that seems to have rolled over me watching this little valley. I am hunting — hunting with suppressors.

Go behind the scenes in a SilencerCo Plant tour.