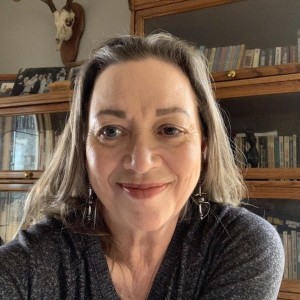 If you follow SilencerCo, you’ll recognize the words used in the headline above:  “Maxim” and “Dr. Shush.” There’s a reason that SilencerCo chose the name Maxim 9 for its suppressed handgun, and there’s a reason it sells Dr. Shush tees in its shop. Find out more about the man behind the name.

If your dad had invented the machine gun and been knighted by the Queen of the United Kingdom, what could you possibly do to get noticed? Hiram Percy Maxim, son of Sir Hiram Stevens Maxim, made his own mark in the world of technology by inventing a few things, notably and for the purpose of this post, the first silencer.

But first, records show that he earned a degree from Massachusetts Institute of Technology at the age of 17 in 1886 – the youngest to graduate from this school at this time in the two-year course offered.

While cycling to his job as superintendent of the American Projectile Company plant in Lynn, Massachusetts, he dreamed of and then built a gas-powered tricycle (1895). Later, as an employee of the Pope Manufacturing Company in Hartford, Connecticut, he designed an electric automobile, called the Columbia.

Maxim wanted to improve gas-driven autos, and to that end, developed the muffler. In 1899, the Columbia Automobile Company – for which Maxim now worked – introduced another Maxim design, the Columbia Gasoline Carriage. This mode of transportation is considered the first of its type of vehicle in the world. In fact, throughout his lifetime, Maxim obtained several patents for auto-related devices.

From Mufflers to Silencers

Maxim’s attention to automobile mufflers transformed into the development of the first firearms silencer, the Maxim silencer. It took him two years to develop this silencer while working for his company, the Maxim Silent Firearms Company, and he patented the design in 1909. This silencer could only be used on sealed-breech rifles.

According to the resource Britannica, “This invention brought him fame, and even notoriety, as editors, writers, and the general public mistakenly assumed that the device could be attached to the pistols of criminals; in actuality, it was usable only on a sealed-breech rifle and never found wide demand.”

Because of the negative publicity surrounding the silencer, Maxim stopped manufacturing his firearms silencers in 1930. He turned his attention and business acumen toward improving diesel and gasoline engines, safety valves, air compressors, blowers, mufflers and other items.

Mention of Maxim at SilencerCo SilencerCo paid tribute to Maxim by naming its first handgun after him — the Maxim 9, the world’s first integrally suppressed 9 mm handgun, which was introduced in fall of 2015 during an exclusive Maxim Vice media event, and became available to consumers during SHOT Show in January 2017. For more information about this unique firearm, see this white paper.

What in the World is “Dr. Shush”

Maxim nicknamed himself “Dr. Shush.” According to an article in American Rifleman, Maxim sported bushy hair and eyebrows. His wife described his look as “an inquisitive fox terrier.” Blessed with a sense of humor, Maxim called himself “Dr. Shush” and approved of this zany representation (see below) in company brochures, and on his personal letterhead. SilencerCo also pays tribute to Dr. Shush with a cleverly designed tee shirt, using Maxim’s original logo he used on various documents, including his letterhead. The shirt is available in men’s sizing from small to 4 LX, and women’s from small to XL. The charcoal cotton/poly/rayon blend also features the SilencerCo name on a sleeve, and comes in kids’ sizes from extra small to large. Barbara Baird is the managing editor at the SilencerCo blog. She also publishes "Women’s Outdoor News," and writes for several firearms, travel and outdoor publications, along with her own travel blog called "The Accidental Ozarkian." A former firearms instructor and student of the gun, Barb lives in the Missouri Ozarks with her husband, Jason. When she’s not writing or traveling, you might find her creekin’ with her grandkids.
ALL POSTS