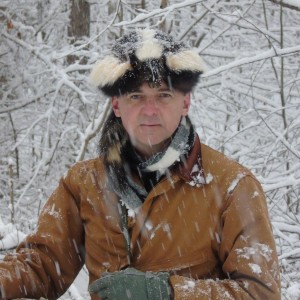 I grew up with a .177-caliber air rifle. That first Powerline 880 set me back $30 in 1978, a king’s ransom for a gangly feral kid with a single modest revenue stream. This princely sum reflected a torrid summer of sweaty toil behind a lawn mower in the suffocating Mississippi heat. For a neophytic gun nerd like me, however, that simple no-frills air rifle also represented the keys to the kingdom.

I shot most anything that rang, flew, bit, crept or slithered. Many’s the rat met his gory demise, and discarded beverage cans were ever ripe for ventilation. Venomous serpents represented the golden ring. Despite months of concerted effort, I still never seemed to make a dent in the Mississippi Delta water moccasin population. However, that spunky little .177-caliber air rifle was, at that place and at that time, the absolute perfect tool for an unwashed twelve-year old with aspirations of ballistic grandeur.

Now – fast forward more than four decades, and my world has changed considerably. My wizened trigger finger has tasted everything from pocket pistols and classic WW2-era German machineguns to artillery pieces and helicopter gunships. However, there yet remains an inimitable allure to that micro-caliber projectile travelling really fast. Thanks to SilencerCo and Alexander Arms, I now get to enjoy the optimized Information Age .17-caliber utility rifle for grownups.

Behold the most radically advanced rimfire suppressor on the planet. Anybody with a clean record and a credit card can Form 1 a Chinese-made solvent trap into something that will sort-of diminish the report of a firearm. By contrast, the Switchback 22 embodies as much Information Age technology and advanced materials science as the space shuttle.

The real strength of the Switchback 22 is its unrivalled versatility. This rugged state of the art suppressor features four different configurations. The shortest version is a mere 2.5 inches long and weighs a paltry 3.2 ounces. Thread this rascal onto the end of your favorite small-statured .22 handgun when concealability or portability are the orders of the day. The medium variation adds another ounce and another inch while offering greater efficiency and sound reduction.

For rifle or full-throated handgun applications, stack everything together for maximum performance. By swapping the far bit around backwards, you can optimize the unit for high pressure rifle applications. The Switchback 22 is rated for .22LR, .17WSM, .17 HMR, .22 WinMag, .22 Hornet and 5.7x28mm even on rock and roll.

The baffles are stainless steel and rugged enough for a lifetime of hard use. The titanium tubes are lightweight and tough. Interestingly, it is the threaded mount that is the serialized registered bit. As you can mix and match everything else, the mount is the only true constant in the system.

Depending upon how you configure it, the can will run from 2.5 to 5.75 inches in overall length. The corresponding weight is between 3.2 and 6.5 ounces. The finish is an aesthetically pleasing combination of black and silver that would be right at home on the set of a 007 movie.

The MSRP for the SilencerCo Switchback 22 is $499.

Check this thing out. It’s tougher than you might think to design an autoloading rifle that will function well with a bottlenecked micro-caliber rimfire cartridge. The world is dirty with bolt action versions. However, the physics of crafting a reliable semiautomatic platform in this weird chambering are undeniably daunting. Alexander Arms pulled it off beautifully.

The Alexander Arms .17 HMR rifle features an 18-inch, 1-in-9 twist barrel threaded 1/2×28 standard. The rifle is blowback operated and includes a carbon fiber handguard. The weapon is available in seven different color schemes should you wish to color coordinate your ordnance. The gun feeds from a proprietary ten-round single-stack box magazine.

The first complaint will be that the magazine only holds 10 rounds. This is a recoilless autoloading AR-style rifle that tracks like a laser out to 100 meters, and you’ll want to shoot it – a lot. However, given the current ammo drought, having some mechanical inhibition to the profligate expenditure of otherwise unobtainable ammunition is not necessarily a bad thing. Additionally, the geometry of the rimmed .17 HMR round is just strange. Trying to stuff dozens of those bizarre tapered rimfire rounds into something that will run reliably would be no mean feat. With the ten-rounders, I’ve never had a stoppage.

Wow. Just wow. To quote Homer, be still my heart. The holy melding of the top-flight SilencerCo Switchback 22 sound suppressor and the Alexander Arms .17 HMR AR rifle just pegs the awesometer. The final package seems a bit weird, but it’s a good kind of weird.

What’s it really like to throw rounds downrange through a suppressed semiautomatic .17 HMR AR rifle? It will make you weep over the high cost of ammunition and those piddly low-capacity magazines. Each stroke of the trigger is rewarded with a weird springy twang from the buffer and a proper snap downrange.

The Switchback 22 excises all the nasty from the weapon noise. The residual racket you hear is the sonic crack of that tiny housefly-sized supersonic bullet zipping downrange. In moderation I did fine shooting outdoors without muffs. Interestingly, the auditory effect is a function of exposure.

Fire a round at a distant target and the crack is resonant and obvious. Unleash one of those spunky little rascals into the berm from ten feet or so and it is markedly more blunted. The overall effect is actually fairly surreal.

Muzzle velocities run in the 2,700 fps range with lightweight 17-grain bullets. That’s a bit slower than a comparable 5.56mm round. However, the utter lack of recoil and bizarre auditory signature make for a unique shooting experience.

Does it shoot straight, you might ask? At 20 meters, we produced single jagged holes. I have no idea what sort of performance you might get against a malevolent bipedal target, but I wouldn’t want to be shot with one of these zippy little rascals myself.

Ruminations of the .17 HMR and Switchback 22 Combo

So what is the practical application for this thing? Who cares? You would struggle to find a better survival arm with which to bag bunnies or tree rats. However, how many of us are really going to be subsistence hunting while fleeing the coming zombie apocalypse? I have myself eaten boiled rabbit in a survival situation for real before and did not much care for it. I’ll pick a Big Mac over stringy toasted rodent any day.

What the sound-suppressed .17 HMR rifle is really good for is pure unfiltered ballistic bliss. It’s the same thing that drove me to work three months behind that lawnmower in rural Mississippi to land my first .177-caliber air rifle. If you’re reading these words, you clearly like to shoot stuff. Being able to do so without unduly disturbing the neighbors is just cool as can be. I defy you to contrive a better tool with which to keep the discarded beverage can population in check.

You may have hundreds of guns. You might have the Thompson submachine gun that George Washington carried when he crossed the Delaware on Christmas evening in 1776 or the Colt Peacemaker that Moses was packing as he led the children of Israel out of bondage in Egypt. However, chances are you don’t have a gun like this. Unique, cool and as addictive as fast cars and pretty girls, the synergistic combination of the Alexander Arms .17 HMR AR15 rifle and the SilencerCo Switchback 22 suppressor is more fun than a sack full of beagle puppies. Born and raised in the rural Mississippi Delta, Will is a mechanical engineer who formerly served as an Army helicopter pilot flying UH1H, OH58A/C, CH47D and AH1S aircraft. He is scuba qualified and has parachuted out of perfectly good airplanes at 3 o'clock in the morning. While in Alaska he served as the OIC (Officer in Charge) of the Army's High-Altitude Rescue Team and summited Mount McKinley, at 20,320 feet – the highest point in North America – six times ... at the controls of an Army helicopter, which is the only way sensible folk climb mountains. After eight years in the Regular Army, he resigned his commission and went to medical school. He has delivered 60 babies, wrung human blood out of his socks and felt a heartbeat from the inside. Will works in his own urgent care clinic, maintains a business with some like-minded friends building precision rifles and has written professionally since 1989. He has been married to his high school sweetheart since 1987, has three awesome adult children and teaches Sunday School. Turn-ons include vintage German machineguns, flying his spunky RV6A airplane, Count Chocula cereal and the movie “Aliens.”
ALL POSTS

Gaming with a SilencerCo Osprey

The SilencerCo Osprey is a media darling. It’s unique design stands out as a natural choice for video games.

The Walther PPK/s .22 and SilencerCo Switchback 22

Will Dabbs muses about what 007 does for fun in this post about the Walther PPK/s .22 and SilencerCo Switchback 22.

The Accountant’s Can: The SilencerCo Osprey 45

Will Dabbs explains why the Omega 45K is the one-size-fits-all handgun suppressor solution.